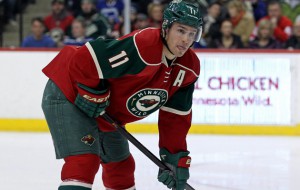 The Minnesota Wild have come a long way from their start in 2000. There are many factors to their recent success but the biggest has been the 2 free agent signings in 2012 of Zach Parise and Ryan Suter. The were many NHL free agency rumors for these two players but the Wild shocked the NHL world by signing both Parise and Suter. The have helped the Wild make the playoffs the last 2 years and our currently in 5th place in the Central Division. Parise had a total of 38 points(18G, 20A) in the strike season 2013 and 56 points(29G, 27A) in 2013-14 season. He has previously played for the New Jersey Devils and lead the team to the Eastern Conference Championship in 2012. The fell to the L.A. Kings in the Stanley Cup Final that year but has 15 points in the playoff run. He is having a strong start to the season with 26 points and a plus/minus of 8. Gary Suter mentioned that his wife is from Minnesota which was a factor in coming to the Wild but the Predators were surprised to see him leave after they offered him a competitive contract offer of $90 million over 13 years. He has played every game the last 2 years and has a total of 75 points which would been more if not for the strike shortened 2013 season. In 7 season with the Predators he played no less than 70 games in any season and played every game in 3 seasons. The Wild will continue to play a very defensive style with Suter leading the defense, but they will rely on Parise and some of the younger plays to provide enough offense help this team advance past the 2nd round of the playoffs.
Please like & share: