Last night on 11/14 the St. Louis Blues lost to their division rivals the Chicago Blackhawks. The St. Louis Blues scored their first playoff goal of the season at home by the exceptionally skilled Vladmiri Tarasenko and he scored the second goal as well. The defending Stanley Cup Champion Blackhawks were led by their captain, Johnathan Toews, who fought David Backes after he had a questionable hit against Niklas Hjalmarsson. The Blues took a 2-1 lead after falling behind 1-0 but the Hawks scored 2 goals at the end of the 2nd period with the gaming winning goal scored by Patrick Kane which extended his point streak to 12 games. This was a tough game for the Blues but they came back from a 3 goal deficit in Chicago in the first game these teams played earlier this year. 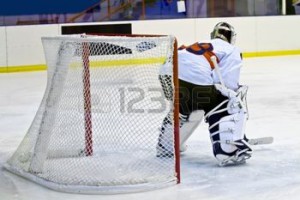 The Blues were central division champions last year but they lost in the first round and watched the Blackhawks raise the Stanley Cup for the 3rd time in the last 5 years. The Blues have been decimated with injuries to start the year but they are tied with 3 other teams with 23 points behind the division leading Dallas Stars and they are ahead of the Blackhawks by 4 points. The injury bug started at the end of the season last year when Patrick Berglund was hurt and had shoulder surgery which will keep him out until December. Top defenseman Kevin Shattenkirk was hurt in a game against the Flames on Oct. 13. He returned against Nashville on November 7th. Incredibly Jaden Schwartz was injured in practice on 10/24 and is out for 12 weeks which means his expected return will be at the beginning of January. This is a big loss as he had 28 goals and 63 points in 75 games last year.

As the St. Louis Blues wait for these players to return they will need to rely on other players to take their place and perform in this very tough central division. The Dallas Stars are greatly improved by adding former Blackhawk champion players which includes 3 time champion Patrick Sharp who will provide veteran leadership for their team. The Predators are playing at a high level and had a great chance to beat the Blackhawks last year in the first round of the playoffs but lost Shane Weber for the final 4 games of the series and they also lost Mike Fisher. They were leading the central division for most of last year and will be challenging again this year. The Blackhawk are the Blackhawks and they have a goalie that has won 2 cups. The Blues biggest concern will once again be there goaltending which will need to prove themselves in the playoffs. Will it be Jake Allen or Brian Elliot. I just don’t think a combination of the 2 in the playoffs will work. Remember when the Ducks had 3 different staring goalies against Kings in the 2014 playoffs? We all know what happened in that series and the Kings went on to win the Cup. This could be the Blues year but we have been saying that for the last 3 years. They need to get past the first round for their Blues fans will start to believe.